The core team at McGlashan Media may be small, but we can draw on a broad network of right across the industry that are just as passionate as Al. Content is king these days but the trick is to create genuine, authentic and engaging stories for a truly global audience.

Founded by Al McGlashan more than two decades ago, McGlashan Media has evolved from a one man photojournalist to a multi-media company specialising in ocean life driven by his passion for fishing and the outdoors. Today, McGlashan Media is a multi-faceted business that works with brands around the world integrating them with authentic story telling across all platforms from documentaries to TV series print and of course social media.

Spending more than 200 days a year in the field, Al has successfully turned his passion into the best job in the world. Despite no formal training in journalism (in fact his English teacher still doesn’t believe it!) Al has contributed to hundreds of magazines around the world from Club Marine to Marlin Mag. His images have been displayed around the globe including an exhibition at the IGFA Headquarters in the US. He has authored several books including the best-selling The Complete Fishing Bible and his column in Sydney’s Daily Telegraph reaches millions on a weekly basis.

Al’s first production was the groundbreaking Strikezone series, which led to Big Fish Small Boats and now he produces and hosts Australia’s highest rating fishing show Fishn with Mates. This series is also screening around the globe as well as being the first Aussie fishing show to air on Netflix! His first major documentary Life on the Line, the amazing story of the Southern Bluefin Tuna premiered on IMAX.

Based in Sydney, Al has always loved teaching his kids about the great outdoors, but he doesn’t stop there, he is actively involved in promoting sustainable fishing in the community. He divides his time between visiting schools to advising politicians to ensure our fisheries are there for the future.

Once a journalist, today Al’s wears many caps from underwater cameraman, producer, host and social media guru, but above all he’s passionate about storytelling and content creation. Al’s message has never changed, we need to appreciate and look after our oceans. It has been a long hard slog to build up a reputation in the industry, but Al would have it no other way, especially when he gets to do what he loves most – fish, film and then tell everyone about it!

A passionate angler since her dear ol’ Dad first took her herring fishing as a small child, Audi is at home on the water. From working aboard long range live-aboard sportfishing charters in remote areas to a competitive team me member on the gamefishing tournaments circuit. Audi lists her favourite team sport as ‘fishing’. Audi loves all things water based from freediving to jet skiing, but most of all loves capturing moments on film. Audi has an eye for capturing the finer unnoticed details in any adventure. From the mates reunited after a time apart, from brothers slapping each other on the back after a PB capture, to the quiet angler grinning from ear to ear after ticking off a bucket list item. It’s these ‘moments’ that Audi excels at.

Audi sees beauty in Nature and every photo she takes, she takes from a personal angle that she wants to share with those dearest to her. She only discovered her passion for film making in more recent years but that hasn’t held her back and her images regularly appear in the media like Sydney’s Daily Telegraph and she’s even scored cover shots for the likes of Club Marine magazine.

More recently she has worked as camerawomen on Fishn’ With Mates as well as shooting and producing branded online content for clients as well. However her greatest strength is to keep the rest of the team focused on the job at hand!  She really is an Angler Wrangler.

It really is a family affair with young Coops being just as passionate about everything outdoors as his old man, maybe even more. Having grown up fishing, he developed a natural ability in all things water-based as well as a passion for filming everything very early in life. A jack of all trades, he’s happy in front of the camera, flying a drone or jumping in to film whales under permit.

He’s a true waterman just like his Dad and Grandfather before him and his passion is infectious. Coops may be the youngest member of the team (although regularly mistaken to be ten years older than he actually is) but this enhances the passion and enthusiasm of his youth making him a force to be reckoned with. He’s always keen for the next adventure and is always the first one up to get the crew to head to sea. Most importantly, he is as passionate as his dad to share the beauty of the ocean through his images to help inspire everyone to appreciate and ultimately protect our oceans making him a great advocate for our world beneath the water.…and the girls love him too…or so he tells us! 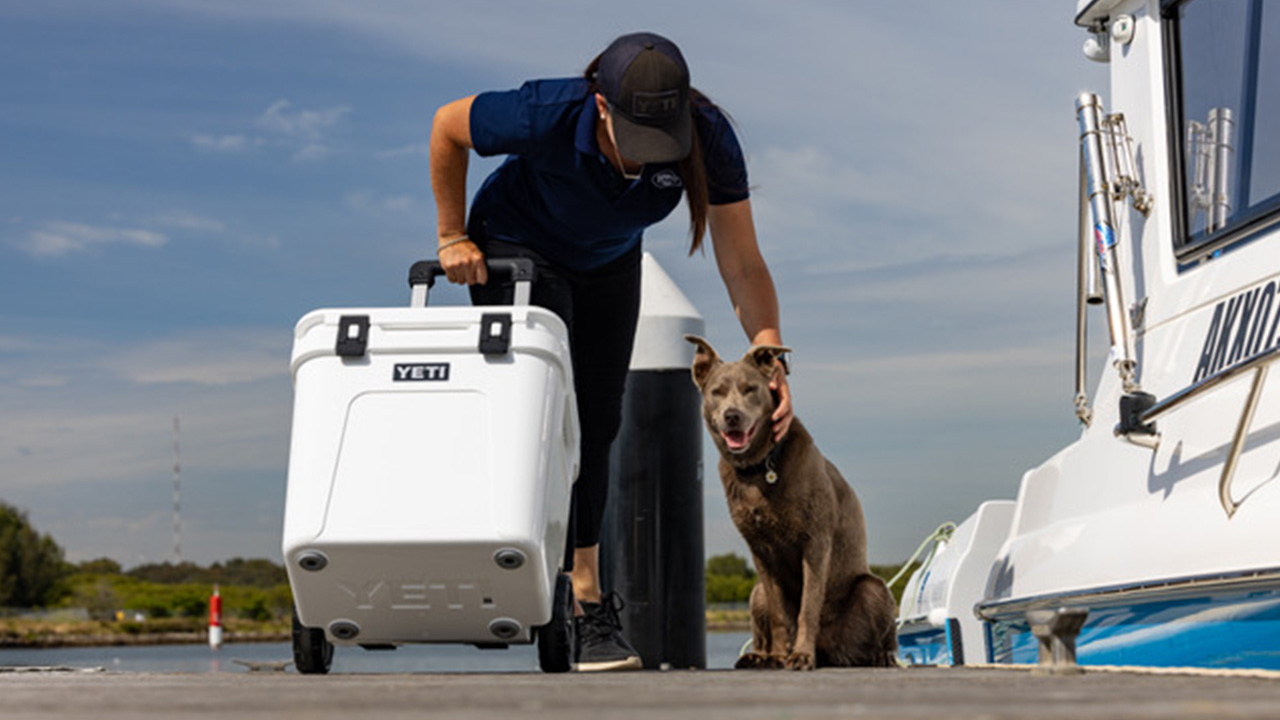 The true boss of the crew is Mahi the kelpie. Supposedly an Aussie working dog by trade this mutt is the self appointed director of everything we do and there isn’t a shoot she misses out on and somehow she always steals the show!